Details On Venture Bros. Special: The Story of Shallow Gravy

by Mike
May. 19, 2011, 12:58pm | 6 Comments
Today's Adult Swim upfront has given word on what exactly the upcoming 11-minute Venture Bros. special (currently being animated entirely in-house at Titmouse) will be:

THE VENTURE BROS. SPECIAL -- FROM THE LADLE TO THE GRAVE: THE STORY OF SHALLOW GRAVY

See the Venture Family as youâ€™ve never seen them before: in a 15-minute documentary-style animated special. Follow the meteoric rise, the equally meteoric fall, and the decidedly un-meteor-like second coming of the most important band Hank Venture, Dermott Fitctel and H.E.L.P.eR. robot have ever been in: Shallow Gravy. If youâ€™re hungry for rock, then open wide, because here comes a ladle of heavy metal fire and metaphoric meat drippings.

Thanks to fellow fan and friend of the site Kevin Fitzpatrick for letting me know about that. You can read more in his article on UGO.

by Mike
May. 18, 2011, 2:50pm | 0 Comments
As Liz Ohanesian noted on her Twitter she conducted an interview with James Urbaniak for LA Weekly's People issue. It's a quick read but you can learn about Urbaniak's penchant for playing red herrings on crime dramas and his involvement with Thrilling Adventure Hour, which you should check out if you haven't already.


Saw this on Comics Alliance and thought some of you might like it. This is Team Venture, manga-style by Drake Tsui. You can read a little more about the drawing on his DeviantArt page. Enjoy!

by Mike
May. 12, 2011, 2:39pm | 8 Comments
Head on over to Crave Online for an interview with Jackson & Doc if you know what's good for ya. There's bits about the upcoming two seasons (which are far in the future) and the much closer 11-minute special. Also news that the next seasons of Venture Bros. will be pre-produced at Titmouse instead of World Leaders/Noodlesoup which produced the first four seasons. Plus, you know:

Crave Online: How did the â€œVenture Bros.â€ special even come up with Adult Swim?

So go read it, already.

by Mike
May. 6, 2011, 1:22pm | 4 Comments
Fellow fan-site Venture Bros. Blog has a closer look at the Rusty and Jonas Sr. set that will be sold at San Diego and New York Comic-Cons (as well as online for everyone else after NYCC). You'll get to see shots of the lunch box tote which indeed does attempt to replicate the one seen in "Escape to the House of Mummies, Part II" and includes awesome art by Venture Bros. veterans Stephen DeStefano and Liz Artinian and was commissioned specifically for this project.

Young Rusty and Jonas Venture Sr. To Be Comic-Con Exclusives

by Mike
May. 4, 2011, 6:36pm | 6 Comments
For those of you attending Comic-Con (either the San Diego or New York varieties), you can grab an exclusive figure set by BifBangPow! there; Young Rusty and Jonas Venture Sr. in retro tin lunch box-style packaging to boot. The set will set you back $45 and will be available at San Diego (July 21 - 24) and New York (Oct. 13 - 16) Comic-Cons first and will also ship (while supplies last) to anyone who orders them from Entertainment Earth. You can read more on Action Figure Insider.

by Mike
May. 3, 2011, 2:56pm | 3 Comments
Since it's been a slow news, uh, month (as far as Venture Bros. news goes at any rate) here's an awesome painting of Brock by artist Dave Rapoza (who some of you may know recently from his awesome Super Meat Boy art). 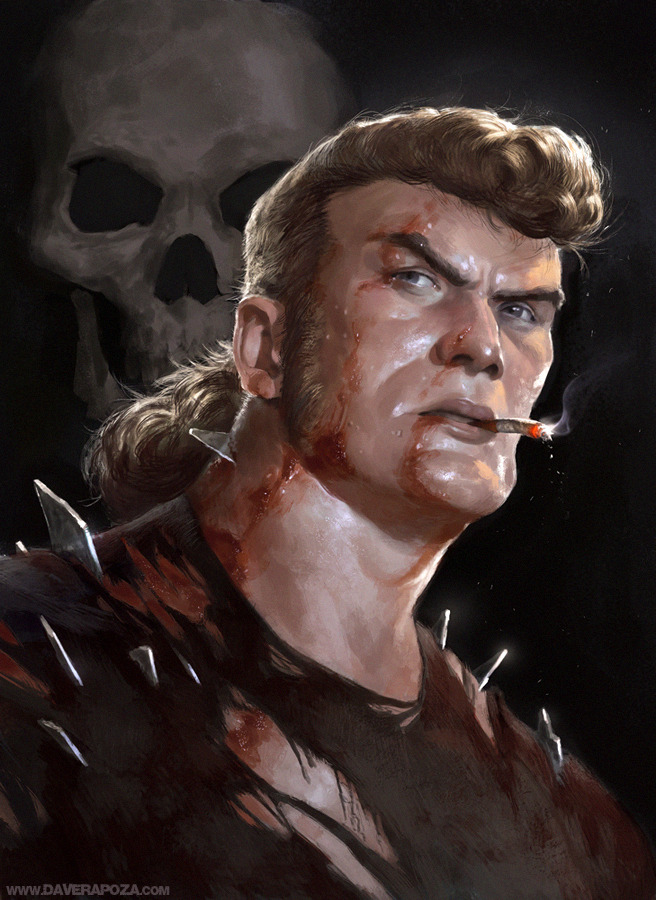 You can learn more at his blog or click the image above for the full-sized version. Enjoy!

by Mike
Apr. 29, 2011, 2:28pm | 12 Comments
As you may know you can now pre-order Sideshow's Molotov Cocktease statues. Choose from either the standard edition or the Sideshow exclusive one. Each one is $250 and is expected to ship in the 4th quarter of 2011.

by Mike
Apr. 26, 2011, 3:25pm | 0 Comments
As promised Sideshow has put up details on their latest Venture Bros. Molotov Cocktease statue as revealed last week. Similar to the Brock statue there will be two versions, each for $250. The exclusive edition is limited to 250 pieces and comes with a switch-out 'come hither' arm and also requires a $25 deposit. Pre-orders for both versions will start on Thursday but you can take a closer look at the statue if you hit up their blog.

by Mike
Apr. 23, 2011, 12:38am | 5 Comments
For those of you pining for the next Venture Bros. item in Sideshow's statue line, they've put up a sneak peek at the Molotov Cocktease statue. A full reveal will occur this Tuesday (April 26th) and you'll be able to pre-order the piece two days after that via Sideshow's newsletter (or a link from it). Stay tuned for more info!