by Mike
Jan. 11, 2012, 2:49pm | 0 Comments
As we count down to Friday's opening of Gallery 1988 X Adult Swim here's another awesome piece you can check out if you attend the show. This one is by Dave Perillo. Click for the full version:

For more info about this and his other projects you can check out Dave's blog or follow him on Twitter.

by Mike
Jan. 11, 2012, 12:47am | 1 Comment
Today's Gallery 1988 x Adult Swim offering comes to you from artist Jesse Riggle who has produced four portraits of duos in the show. Each one is named after an episode of the show and is acrylic on maple. In the order shown below (from left to right) they are titled "Are You There God? It's Me, Dean", "The Buddy System", "Tears of a Sea Cow" and "The Trial of the Monarch". Click for the full sized versions. 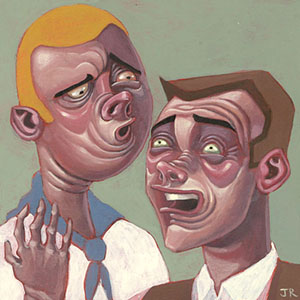 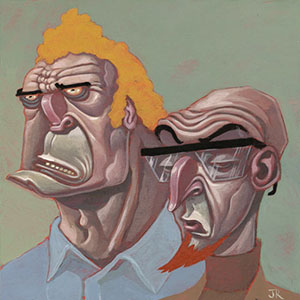 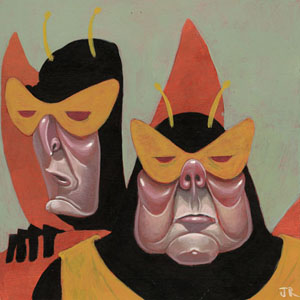 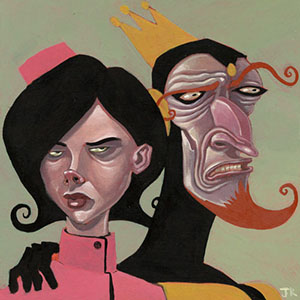 For more info you can check out Jesse's project blog.

by Mike
Jan. 9, 2012, 4:16pm | 0 Comments
Here's another piece that will be appearing in Gallery 1988's Adult Swim show from January 14th until February 4th. This one is by Olly Moss and is a play on the iconic cover of The Dark Knight Returns. Click for the full-sized version: 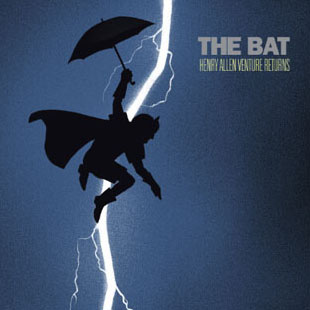 by Mike
Jan. 7, 2012, 6:21pm | 0 Comments
Continuing to show off some stuff that will appear at Gallery 1988 starting January 13th, here's a piece by Michael Ramstead called Haunted Henchman. Click for the full version: 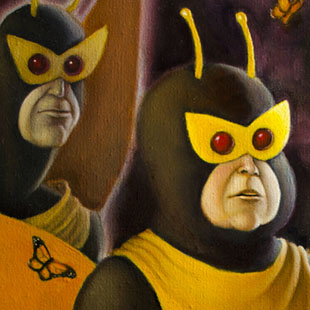 For more of his stuff you can also check out Michael's Tumblr and blog.

by Mike
Jan. 6, 2012, 12:49am | 0 Comments
As promised here are two pieces that you will be able to see in the Gallery 1988 Adult Swim show. These are by Kiersten Essenpreis, both 11x11 inches, Flashe paint on wood, sealed in resin. The one with Brock is titled Brock Samson Feeds the Neighborhood Stray Cats and the Dr. Girlfriend one is Dr. Girlfriend & the 5 Oâ€™Clock Shadow. Some more info can be found on Kiersten's blog. Click for larger versions: 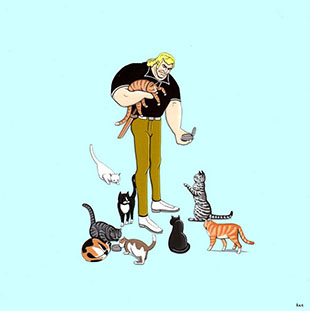 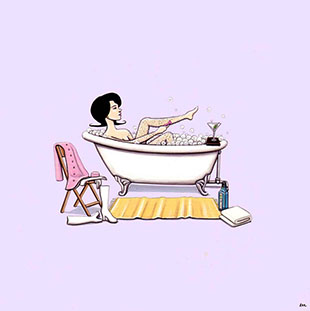 by Mike
Jan. 2, 2012, 1:40pm | 0 Comments
I'm kind of late on reporting this, but starting January 13th and running until February 4th, Gallery 1988 will be hosting an Adult Swim art show. Essentially a bunch of artists will be putting together some pieces inspired by Adult Swim shows (including The Venture Bros., of course) and they will be on display for all to enjoy at the gallery. For those of you who will be in or around the Los Angeles area this will be at Gallery 1988: Melrose, which is located at 7020 Melrose Avenue in Los Angeles. I will be posting art that will be at the gallery in the coming days, so check back later for some stuff! As always you can subscribe to RSS or follow @mantiseye on Twitter to stay up to date on this stuff.

by Mike
Dec. 30, 2011, 8:17pm | 3 Comments
I forgot to post about this for three days but if you haven't seen it yet, BifBangPow! has put up a New Year's message concerning the state of many of their licenses for 2012. Among them, of course, is The Venture Bros. Here's what they had to say on that front:

We're also entering our third year with THE VENTURE BROTHERS, and due to over whelming fan support, we're hard at work on our third wave of characters for the retro figure range. We're also knee deep in plans for SDCC 2012 already (for ALL our licenses!), and Team Venture will figure prominently. And we're exploring a brand new category for the VB license, and we think you'll agree, it's 'about time' someone did!

What does this mean for the future of the BBP Venture Bros. toy line? Well, when pressed on Twitter, they were quick to respond. So view that as you may. They also noted that the fate of the 3 3/4" figures will be revealed soon, so there's that to look forward to.

by Mike
Dec. 30, 2011, 3:20pm | 1 Comment
It's the end of 2011 and what better way to end it than with a Year In Review article? I can't think of any. Of course this was an off-year for the show, though we did get one new (short) episode and lots of merchandising news. We also got to see Jackson and Doc do their thing at various conventions and more. Why not read all about it? Hopefully 2012 brings even more awesome!

by Mike
Dec. 23, 2011, 10:18pm | 1 Comment
Hello there, and happy holiday of choice! As is something of a holiday tradition, we'll be giving away some gifts with a holiday theme to you, the loyal reader. What gifts? How about some awesome BifBangPow! Venture Bros. action figures? Enticing! Head on over to the Great Mantis-Eye Holiday Gift Search to find out more! However, in a nutshell: enter to win some stuff! If you have a user account you can also optionally participate in the gift search, which increases your chances of winning! All you have to do is find them on the site, it's as easy as that. Get to it!

Thanks for playing and have a great holiday and an even better new year! There might even be Venture Bros. in 2012!

by Mike
Dec. 22, 2011, 1:41am | 6 Comments
It's here! If you missed the live-streaming version, fear not, because you can go listen to and/or download it from Ken Plum Presents: Ken Plume's A Site Called FRED. Specifically from the compilation page that has all the Venture Bros. tunes from over the years. Eight of them, to be precise! So go grab it now. You can also head over to the Holiday Havok episode guide (even though it's not really an episode) and read all about it (and the other songs) if that's your pleasure. Enjoy, and Merry Christmas (or other holiday of choice)!