With this contest we celebrate not only the impending (or impended, depending on when you're visiting this page) Venture Bros. Halloween special, "A Very Venture Halloween", but also you, the loyal Venture Bros. fan. How so? Well, obviously some of you are fans and you'll get free stuff, so that's cool, but we also celebrate this the first-even fan-made prize packs.

When you enter you get a chance to win one of five prize packs that may or may not contain the following stuff: 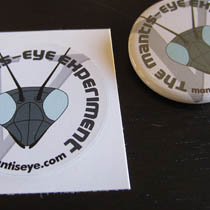 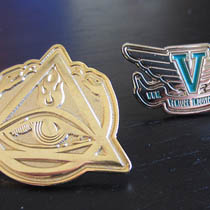 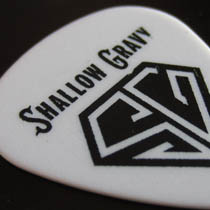 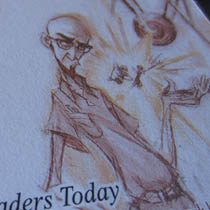 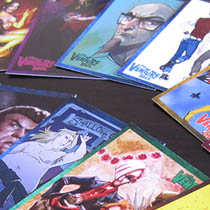 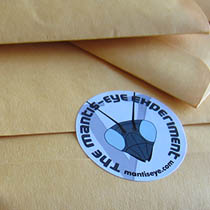 All prize packs contain a Mantis-Eye button and sticker as well as one of the two pins (Venture Industries or Order of the Triad). Other than that you have no idea what you're going to get. I've even sealed the packs so I don't know which is which, so there's no possibility of biased prize delegation, in case you were worried about that.

Many thanks to Anne-Marie from The Venture Compound for putting all of these excellent items together with the exception of the trading cards, which are thanks to the hard work of John McDonald of Cinemastery Studios (with various contributing artists).

As usual, if you have a Mantis-Eye account then your chances of winning are magically doubled, so if you don't have one, you should totally get one!

Sorry, this giveaway has ended!