With the Five Years of Mantis-Eye/Season Four bonanza coming to a close I felt there needed to be a super great prize for the season finale. What's the super greatest prize I can think of? How about DVDs signed by Venture Bros. creators Jackson Publick and Doc Hammer?

There are four totally awesome prizes, seasons one through three on DVD and season three on Blu-Ray, all graciously signed by Jackson and Doc, signature guaranteed! They might even still smell a little like the AstroBase since they were sitting there for a couple of weeks.

Of course with prize-ante being upped you're going to have to work for them a little. Kind of. I've scoured the internet for photos of our heroes and now you get to make them say something funny, or at the very least attempt it. Be sure to read the contest rules and submission guidelines!

The complete contest rules are below in the fine print, but in a nutshell the four winners will be picked as such: the two highest scores as voted by you guys, my favorite, and the final will be totally random (so even non-funny people have a chance to win!) Winners will be emailed in that order and will get to select one of the prizes. All entries made before the cutoff date at 11:59pm pacific time on November 25th will be considered!

Simply select a photo, enter your name and email and add your own (hopefully) hilarious text. For images with multiple text boxes you have to fill in at least one of them. The text input will also more or less mimic the display of the comic, so when it cuts you off it will probably start to look bad in the image. Once you're done just click the huge 'Create!' button and you're on your way. Once generated if it's messed up or you spelled something wrong you'll have an opportunity to remove it and make a new one. Making comics has never been so easy, or so creatively limiting!

Here's where you can view the gallery of what people have made. Click on each tab to view random, most recent and top picks. You can click on the random tab again to refresh it and see a different set. 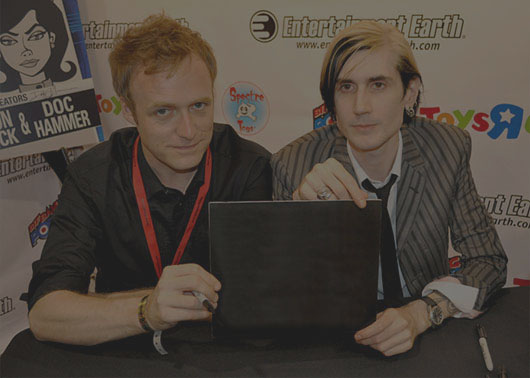 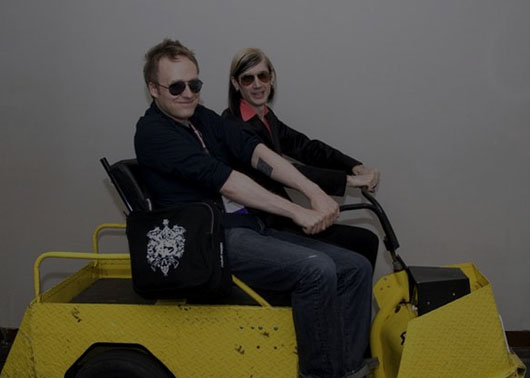 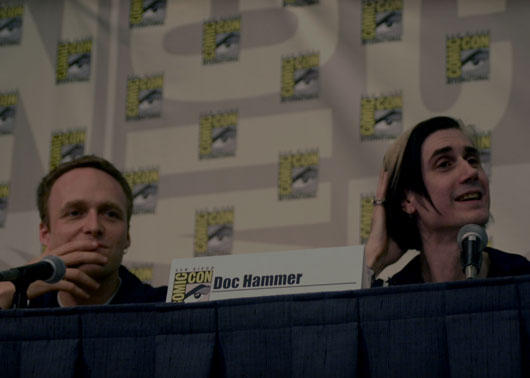 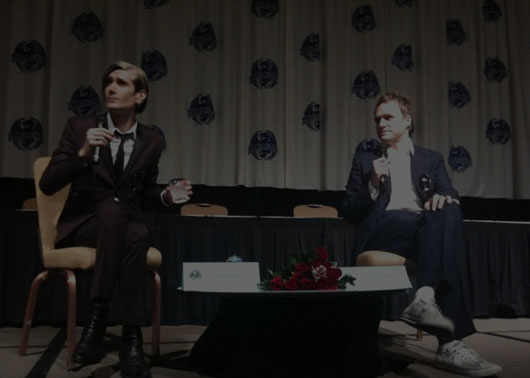 Photo Credits/Sources: Venture Bros. Blog, Doc Hammer, (oh crap I forgot where I got the third one!), Geeks of Doom