Heroes & Scientists: It's Over! 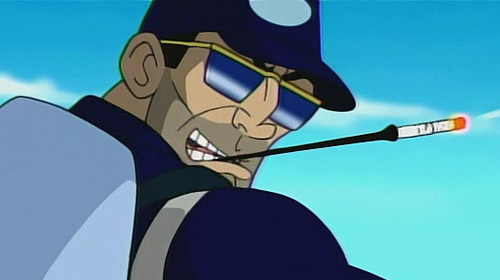 The votes have been tallied and the final battle of Heroes & Scientists is over! With a surprise victory, Hunter narrowly edged out Brock by a mere four percentage points (or roughly 30 votes). It's a surprise victory given Brock's dominance throughout the tournament, though it does bring up an interesting question since I think this is one of the few 'Brock vs.' battles that might actually hold water. We'll see though! Official comment to come later. Maybe. Until then, congrats to Hunter and thanks to everyone who participated!
I was voting for Brock but I am OK with Hunter winning. He's pretty freaking awesome.
Oct. 29, 2010, 1:20pm
I was all for Hunter, voting whenever I remembered to refresh the page throughout the day. Even in the present Hunter's been able to get one over on Brock. It's his cunning and experience over Brock's brawn.
Oct. 29, 2010, 2:29pm
I voted for Hunter throughout. He's pretty much the only one who could beat Brock. You have to be a tough SOB to get your bits hacked off for an undercover job and then reattached. That's ruthless, Brock has more heart.
Oct. 29, 2010, 10:20pm
First off, great name. Second off, while I was disapointed that memetic badass(added him to the page myself, figured he was past due) brock sampson was beat, the heart thing makes perfect sense:Whereas Brock might have some reservations fighting hunter, if brock crossed him hunter would have absolutly no problem using that to his advantage. Or putting a gun to hank(or dean's but let's face it:Hank would be easier to lure) head. Hunters on our side but the old bastard is far from trustworthy. So what now?
Oct. 30, 2010, 12:19am
If there is anyone who can beat Brock it's Hunter. And I based this theory on the Batman, Superman concept. I'm positive that Hunter has always had a backup plan in case Brock should ever turn on him. So maybe back when he was training him Hunter could have in-planted a bomb in Brock' nostril cavity with the trigger in his cigarette holder. If he breaks it, or pushes a button inside it,the bomb goes off. i mean its obvious that in a straight up fight Brock would win, but Hunter would always be prepared for anything.
Oct. 30, 2010, 4:55am
So... when do we see Hunter vs Bowie?
Nov. 3, 2010, 10:08pm